This is Stephen. He hangs out in Washington Square Park a lot writing out the first amendment. He said that he was almost been arrested multiple times for writing it at Union Square Park so now he stays at Washington Square Park. He believes our freedom of speech and religion are slowly desinigrating in this country. He said that, “Even the fact that I can’t write out the first amendment with chalk proves the point that my freedoms are being taken away. Kids can draw whatever they want but I can’t write the first amendment. There is something wrong with that.” The law enforcement at Union Square Park told him that he could be arrested for writing out ideological things, to which his response was, “Who even decides what is considered ideological? We all have different views about what that even means.” 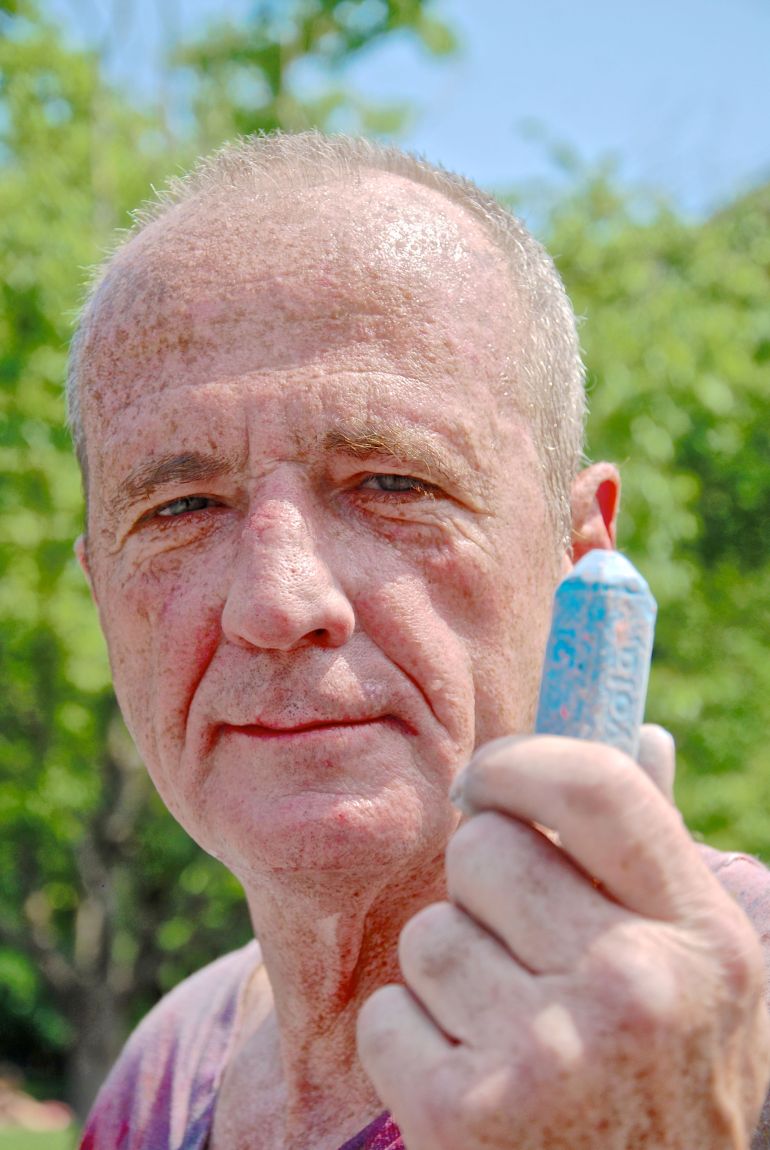 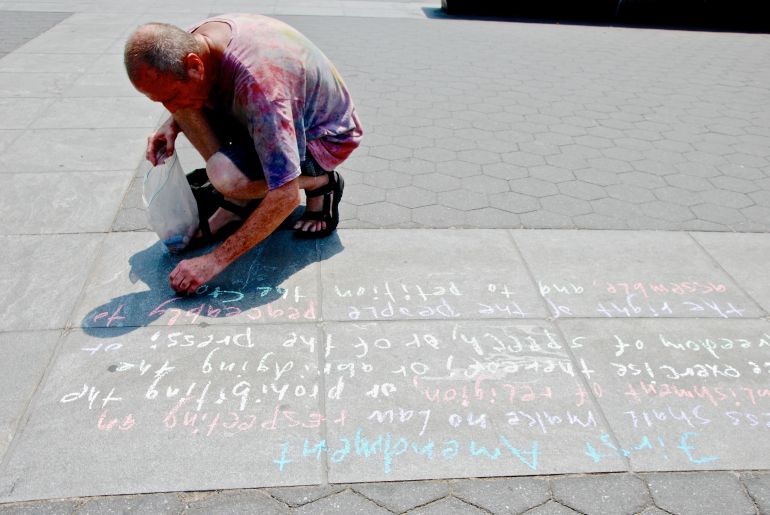 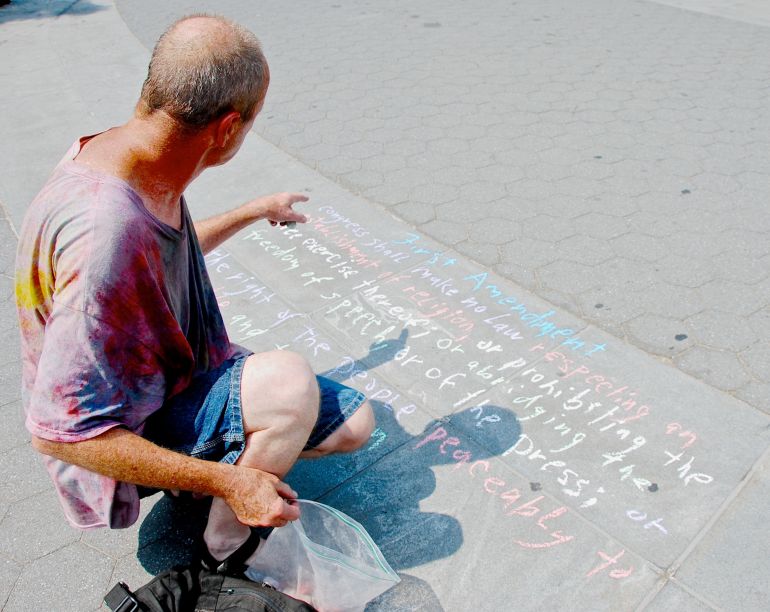